At Milan’s Salone del Mobile in April, Bolon will premiere an exciting ongoing project developed in collaboration with the American designer Stephen Burks. In conjunction with the Spanish design brand BD Barcelona Design, Bolon and Burks will reveal an experimental line of textiles which blend industrial production with the warmth of handcraft detailing.

Mixing synthetic and natural materials, Bolon’s new textiles are experimental fabrics that break fresh ground and push at the boundaries of what it is possible to produce on industrial looms. Developed in close conjunction with Burks, the textiles are woven with natural space-dyed yarns. Extended yarn floats are allowed to skip delicately over the underlying vinyl warp and weft, before being hand-cut to produce elegant fringes. The textiles are playful and tactile, and offer a fresh expression for Bolon’s design language.

Hand-tailored for use in custom projects, the fabrics were developed as a couture upholstery for the Grasso collection, a furniture range developed by Burks for BD Barcelona Design that will launch at Milan’s Salone del Mobile. 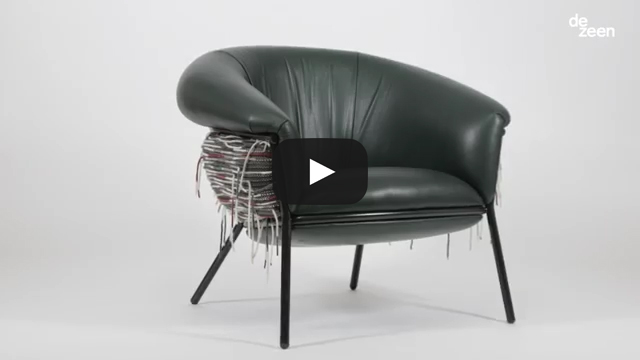 “When we saw the first prototype of the fabric, we were shocked by its beauty and the amazing possibilities it opens up for BD and Bolon,” says Jordi Arnau, BD Barcelona Design’s general manager. ”Our collaboration with Bolon and Burks has been astonishing and pushed us to explore new limits.”

”The collaboration with BD Barcelona Design and Stephen Burks began more than a year ago as part of our effort to work with leading furniture manufacturers to explore new uses for our materials,” says Marie Eklund, Bolon’s CEO.“Throughout, BD Barcelona Design and Stephen showed openness and curiosity towards our woven materials – it has been a very rewarding collaboration.” 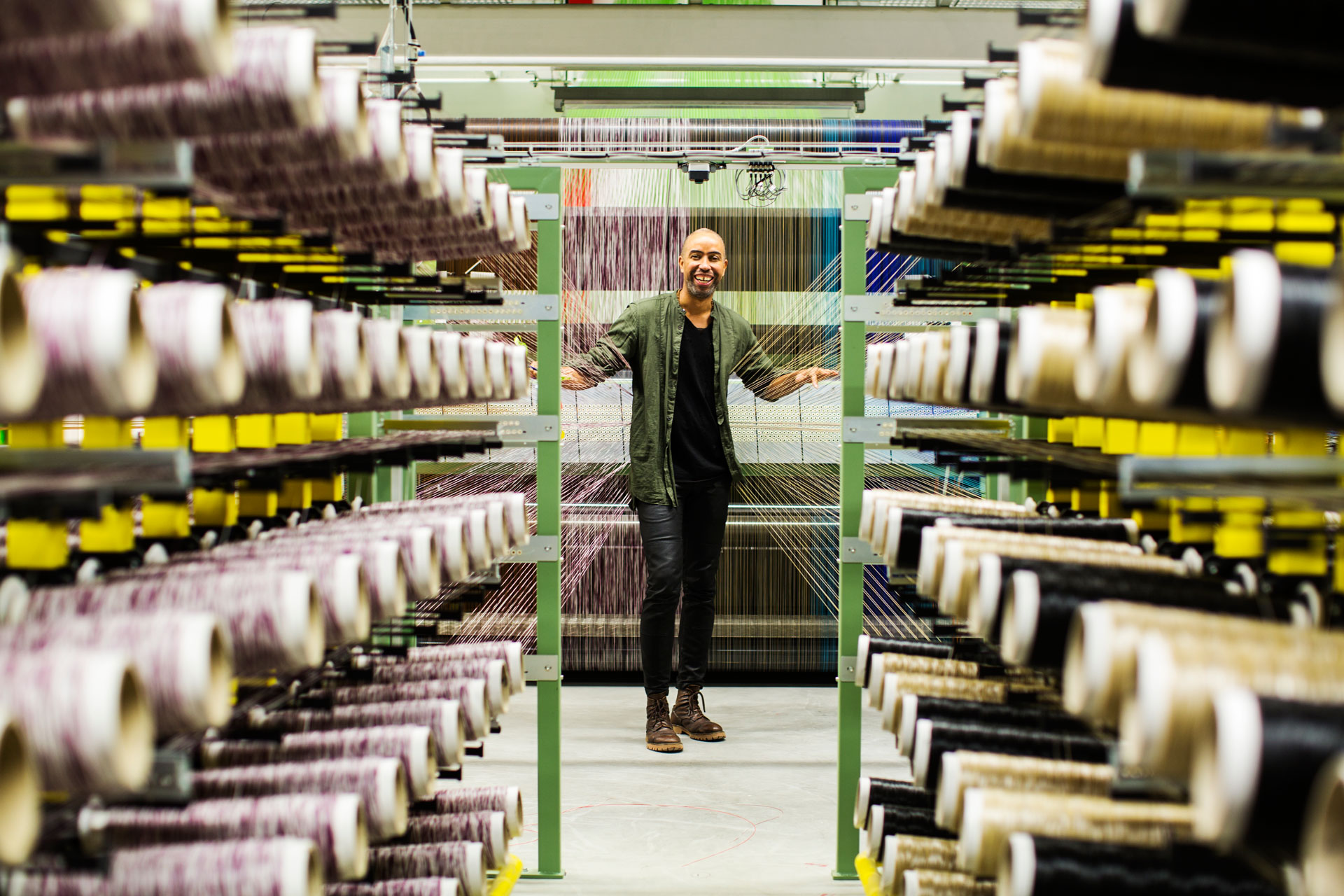 Led by Burks’s maxim that “The closer the hand gets to the act of making, the greater potential there is for innovation”, the textiles developed by Bolon and Burks push at the boundaries of craft and industry, as well as posing a series of radical questions about how textiles might be used within furniture design.

Bolon’s design team is now working to fully industrialise Burks’s textiles, which currently require minimal hand finishing after coming off the loom. This spirit of exploration has carried through to the Grasso collection, for which Burks used different fabrics to upholster different sections of each piece

“Bolon’s material is unique because of its story,” says Burks. “The company owns and controls its supply chain from raw material to final product and is a great example of eco-consciousness and sustainability. The whole company culture truly hums along with innovative thinking and style. Having been invited to be a part of the design process for this new textile collection from the very beginning, I understood exactly what to expect from the material thanks to Bolon’s knowledgeable research and development team.” 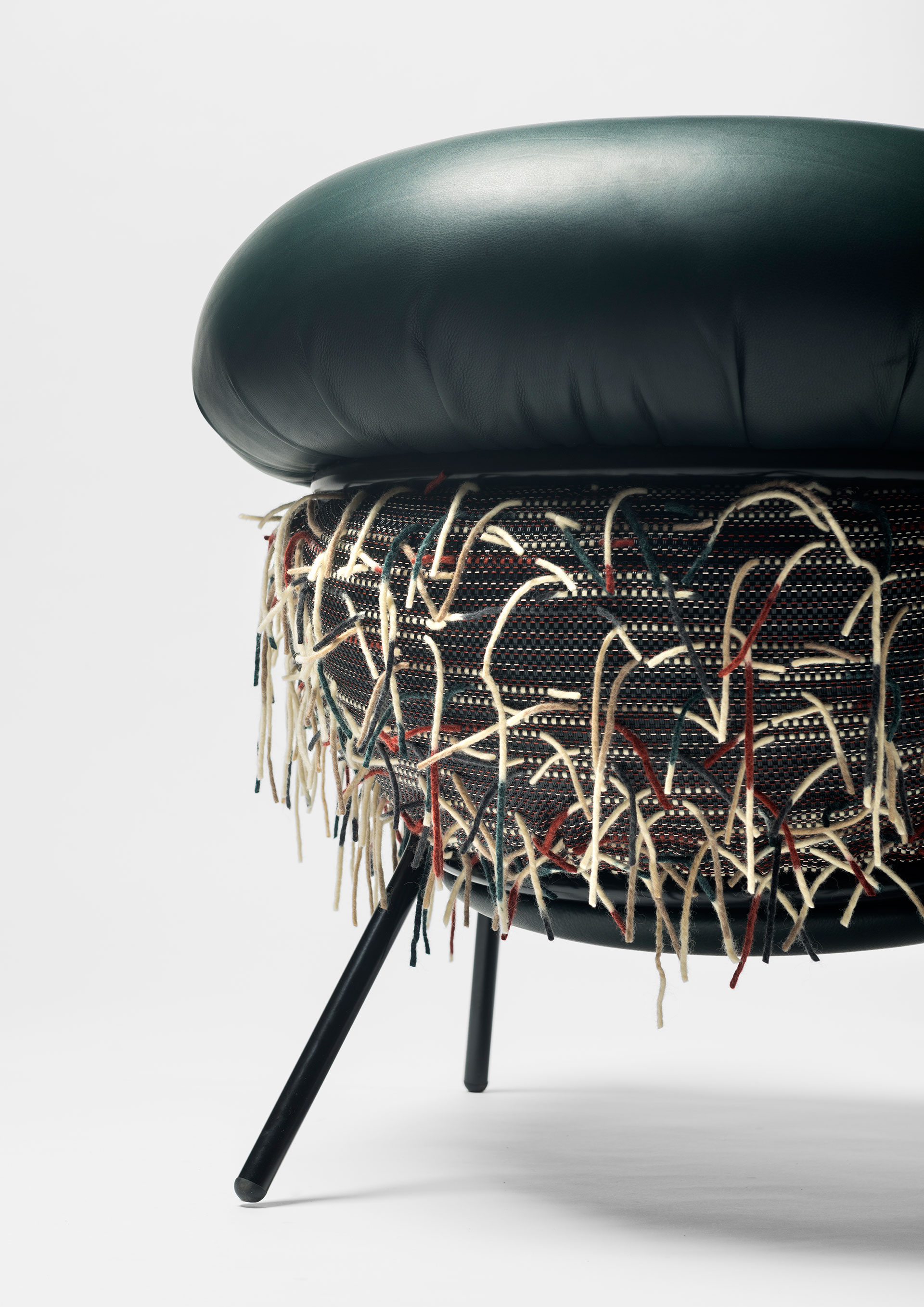 Bolon’s collaboration with Burks and BD Barcelona Design is the latest evolution in the brand’s “Innovators at Heart” campaign: a programme begun in 2017 that has fostered a series of close creative collaborations with leading designers and studios such as Doshi Levien, Kettal, Moroso, Swedese and Monica Förster. Bolon is now investing knowledge, time and money into these experimental collaborations as the company broadens its remit into new territories.

“We are still at the development stage, but we have a strong direction. We are strengthening our position by moving from looking at flooring to designing for the whole room.”
– Helen Emanuelsson, Chief Business Development Officer at Bolon

“We see so much creative potential with Bolon’s materials, not just in the form of flooring and rugs – but also with fabrics, wall coverings and furniture,” says Helen Emanuelsson, Chief Business Development Officer at Bolon. “We are still at the development stage, but we have a strong direction. We are strengthening our position by moving from looking at flooring to designing for the whole room.”